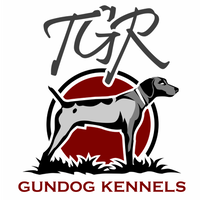 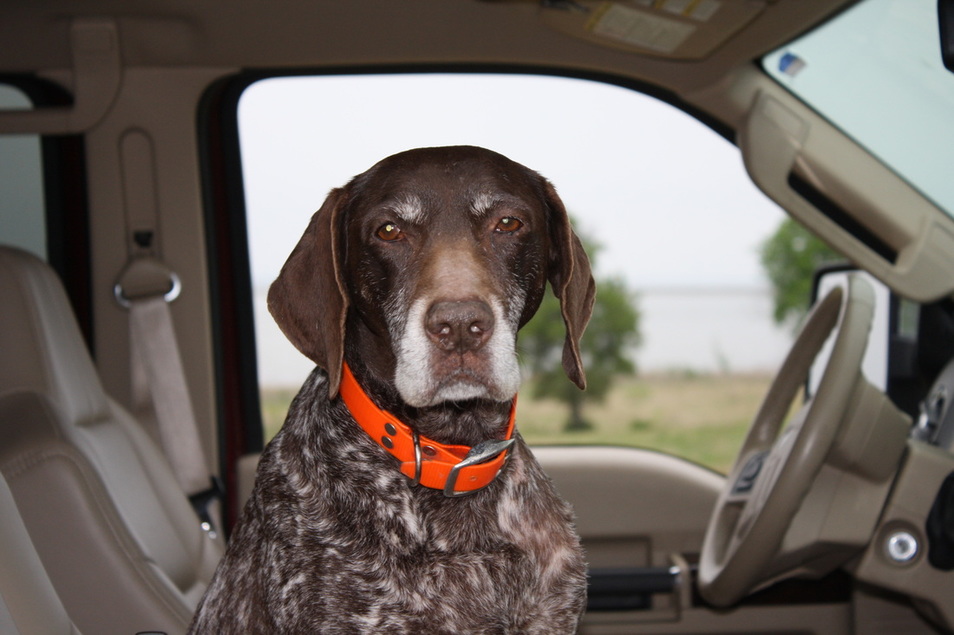 Jewell was born June 10, 1999, a daughter of FC/AFC Rusty’s Blue Earth Rexx and Mariah of Impressive.  Whelped by Buzz and Judy Taylor, dad picked Jewell up not knowing that this puppy was going to be one of the best. He played with her and introduced her to birds at a young age. When she was 6 months old he took her wild bird hunting with Lester Arnold and they soon found out that this puppy was really intelligent. She quickly figured out that the beeper collar meant that there were birds wherever the beeper collar was. Not only was she as naturally staunch as they come she was one of the best wild bird dogs dad has ever hunted behind. Lester could see how talented Jewell was and he told dad that she was going to be something special. Dad took his time with her and when she started her NSTRA career her first placement was a 4/4 back that scored 918 and won the field at less than 2 years of age. Dad’s plans for Jewell were to win early and make her a brood matron, so after she championed and won the 2002 Lone Star Regional Championship and 2002 Filson Challenge Championship she was briefly retired. At the time one of dad’s good friends, Larry Haden, needed a good dog that could win now. Dad eventually sold Jewell to Larry while retaining her breeding rights. With Larry now owning Jewell she was able to obtain more championships and was 2nd Runner-Up in the 2004 Lone Star Regional Championship with dad handling her. Larry wanted dad to be the primary handler of Jewell for the rest of her career and the 2004-2005 trial season was one to remember. That year NSTRA had decided to change the Performance Award criteria to a point percentage based award. Needing a minimum of 60 runs with a possibility of 180 points in those runs, you took the points your dog earned for that season and divided it by the total amount of possible points and that showed the point percentage for how often the dog placed. Dogs needed to place often to win this award. In my opinion this is the way the award should be. This is for those great dogs that don’t get the same opportunities as the ones that run 120 times a year and can go to all the national trials. Jewell finished with 49 points out of a possible 180 points in 60 runs. She had a placement point percentage of 27%. She was 2nd Runner-Up in the NSTRA Top Performance Award that year behind (HOF) 17X Champion Resa’s Trouble Mace (29%) and (HOF) 12X Champion Tomoka’s Smokin Pete (28%). Jewell finished the season as the 2005 Texas Tri-Region Challenge High Point Dog and 2nd Runner-Up in the 2005 Lone Star Regional Championship as well. The following year Jewell was the Lone Star Regional High Point Dog and maintained her status as the dog to beat in the Lone Star Region. In 2009 she shared the Lone Star Regional High Point Title with Dustin Nelson and Smoke Alarm’s Torpedo. Dad and Larry had decided that it was time to start slowing Jewell down and not trial her as much. In 2011 Larry decided that he was going to run Jewell in the Regional Elimination just for fun. Jewell just had over 100 stitches taken out a week before the regional but she was determined to win one last time. Larry and Jewell ended up beating Bobby Clark and eventual national champion Nikki’s Skippin Newt in the final hour, but no one was surprised, this was just another day for Jewell. She book ended her career with the Regional Championship at 12 years of age. I believe that this is the longest period, 9 years, a dog has gone between regional championship wins. The most amazing thing about Jewell was that, to the best of our memory, she went 5 years without going birdless and she scored over 1,000 points in trials 20 times. Jewell placed 1st in the qualification round of the 2003, 2004, and 2005 Purina Endurance Classic. During Jewell’s career she made the top 6 in the regional in all but one year she was entered. The years she was not entered she was in heat or raising puppies. Jewell earned 102 placements in her career, of which 40 were 1st placements, 17 were 2nd placements, 26 were 3rd placements, and 19 were 4th placements. As a producer she had several litters of puppies but only 6 were run in NSTRA, 5 of those championed. 2X NSTRA Champion TGR Jade of Remnant, NSTRA Champion – 2004 Lone Star Regional Champion Rusty’s Pyrotechnic Lucille, 2X NSTRA Champion Rolyat’s White Lightning, NSTRA Champion TGR’s Impressive Maximillion, and NSTRA Champion Wild’s Mountain Rose. When Jewell retired she was qualified for the NSTRA Hall Of Fame but she was still alive when they changed to the current criteria making her ineligible for the current Hall Of Fame. Jewell was put down in March of 2014 due to health reasons. She lived to be almost 15 years old. I am proud to say that Jewell is in my Hall Of Fame and I consider her the best I have ever seen. We’ll miss you. 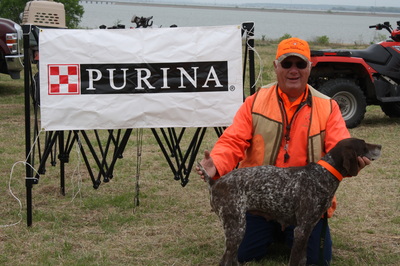 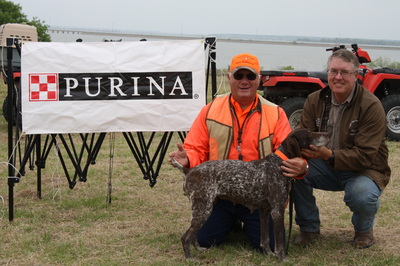 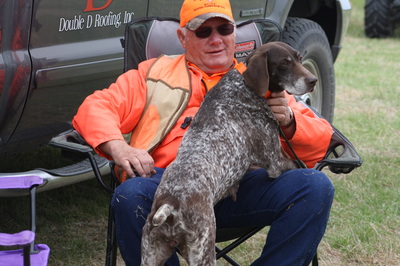 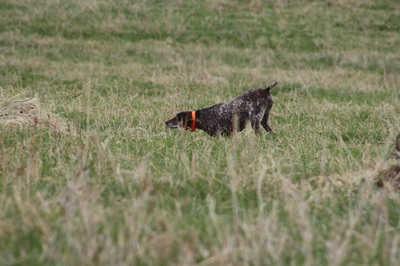 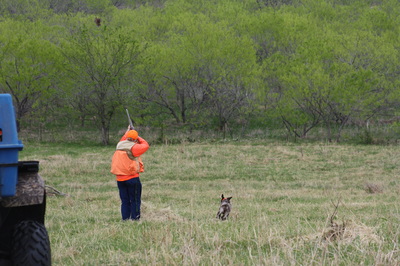 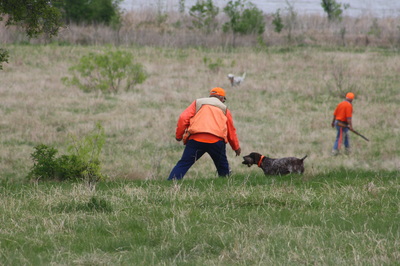 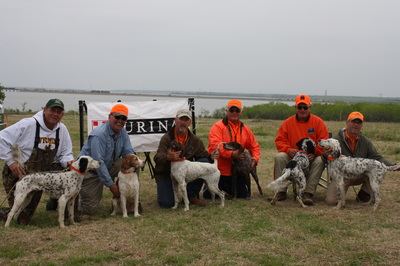 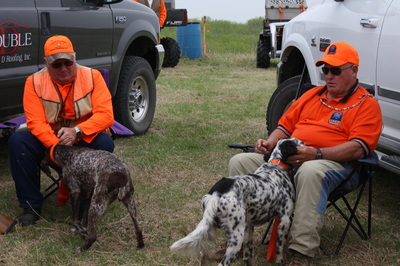 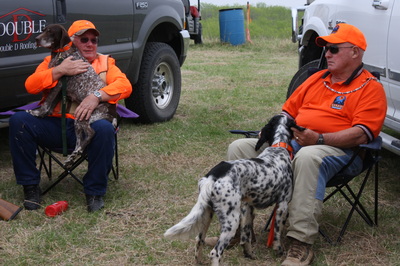 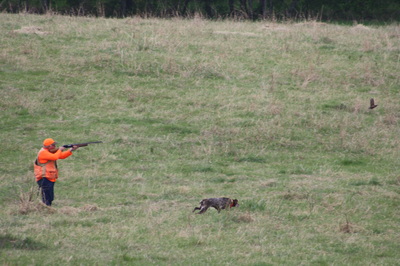 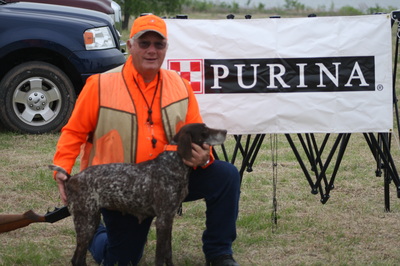 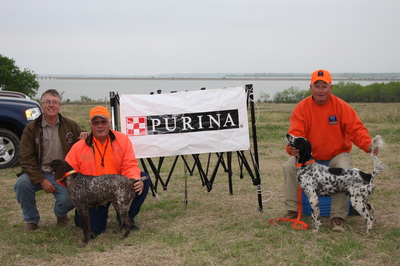 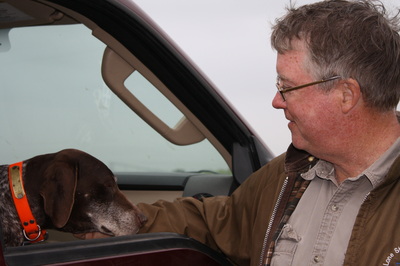 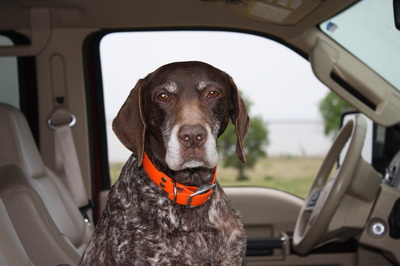